Sauropods the largest of the all the Dinosaurs.

We all remember that scene in Jurassic Park where Dr Ian Grant sees a Sauropod for the first time, as it stands on its back legs to reach a branch right at the top of a tree, before crashing back down on all fours making the ground shake.

These absolutely massive Dinosaurs are the biggest animals to ever live. Sauropods could grow to enormous sizes with some classifications of Sauropods such as Brachiosaurus, Diplodocus, and Brontosaurus being some of the largest dinosaurs ever recorded. With their instantly recognisable long necks Sauropods are one of the most popular dinosaurs in today’s modern culture.

These massive dinosaurs were officially categorised as Sauropod in 1878 by a man called  O.C. Marsh. He gave them the name “Sauropoda” which comes from the Greek word, meaning “lizard foot”. 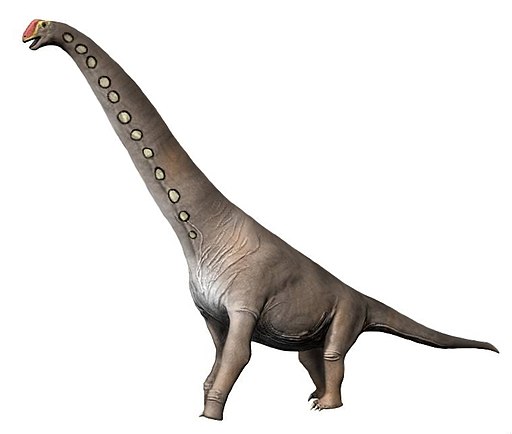 Where were Sauropods first discovered?

Fossilised skeletons of Sauropods were first discovered in England, however these small numbers of remains were not classified as Sauropods until much later. English man Edward Lhuyd was the first to discover what we now know to be a Sauropod in 1699, after discovering a single tooth of a large Sauropod.

Unlike many other types of Dinosaurs such as theropods whose remains are normally found in certain concentrated areas of the world, fossilised remains of sauropods have been found across the world and every major continent was once home to a classification of Sauropods, including Antarctica!

what is a Sauropod?

Sauropods were large plant eating dinosaurs which makes them herbivores. As already mentioned, they each had very long necks, with very small heads when compared to the rest of their body.

They’re large body was supported by four very strong legs with five toes on each foot. The closest thing that lives today which you could compare feet to that of a Sauropod is a modern-day elephant.

Since the discovery of a more complete Sauropods skeleton, it has been theorised that Sauropods could rear up on their hind legs, using their tail placed on the ground for stability. This theory still has some doubt among the scientific community. 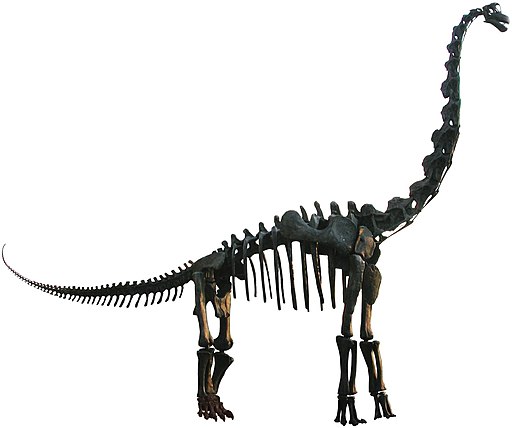 This is an important distinction to bear in mind, as Sauropods are often depicted with four similar legs (almost like an elephant’s leg or hooves) when in fact the two front legs of most Sauropods were very different.

HOW BIG COULD SAUROPODS GET?

You don’t have to be a palaeontologist to realise that Sauropods are best known for their shear size, with some Sauropods classifications being the largest animals ever to walk the Earth. For an animal this as big as a Sauropod you’d probably think they we’re slow moving, and you’d be right at around 5mph.

In terms of body structure Sauropods were all actually pretty similar, and didn’t deviate from having long necks, small heads, long tails and large bodies.

HEAVIEST AND THE lARGEST Sauropods

Some of the largest Sauropods ever discovered include the absolutely massive Barosaurus, being one of the tallest Dinosaurs ever discovered. Barosaurus was around 22m or 72 ft tall. Compare that to the world’s tallest animals on the planet today which is the Giraffe, which can be up to 5.5 metres or 18ft tall, the Barosaurus dwarfs it.

The heaviest Sauropod ever discovered is the Argentinosaurus which could weigh up to an astonishing 80 metric tons, was up to 40m in length or 130ft and estimated to be around 21.4m or 70ft tall.

Scientists are constantly discovering new evidence of even larger Sauropods all the time. In 2017 a footprint was discovered that was five and half feet long, so one can only imagine the size of the animal that made those footprints.

In 2021 scientists released information regarding a new type of Sauropod discovered in Argentina called a “Titanosaur”. Unfortunately only the pelvic bones and vertebrae were discovered however, the sheer size of this Sauropods remains were enough to show how large this animal was.

It was referred to by some Palaeontologist as a “super-sized titanosaur”. We hope that further details of this huge Sauropod are released soon.

We’ve already discussed how long Sauropods necks were but let’s talk about them in some more detail.

Let’s start with our own necks as a point of reference. Humans have seven cervical vertebrae which are the number of key bones which make up your neck.

So, a Sauropod would have up to 19 with each cervical vertebrae being pretty large, with a lot of large space between each one filled with nothing else apart from air, within Air Sacs. (We’ll come on to these “Air Sacs” a little later).

A dinosaur the size of a Sauropod would have generated a lot of heat, not only from moving around but eating. So, there is evidence to suggest that these large necks were also used to keep the Dinosaur cool. 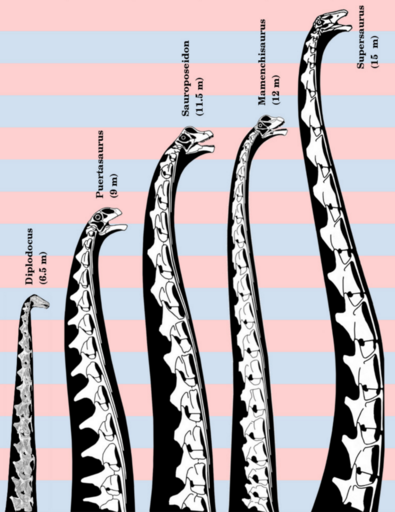 AIR SACS IN THE NECK

Without these air sacs it is believed that such large Sauropods may have found it difficult to breath in enough oxygen. These air sacs would have expanded to open the neck out to allow the Sauropod to breath easily.

As we’ve already mentioned nothing about the Sauropod was small, so having a neck filled with air sacs also helped reduce the overall weight of the neck, this helped with mobility as well as breathing as previously mentioned.

The neck of a Sauropod was very flexible, thanks in part to these air sacs. A Sauropod could enter a dense vegetation area, keep its large body in one place, and simply move its huge neck from side to side to reach vegetation, which reduced energy wastage whilst eating.

Certain types of Sauropods displayed some form of armour, nothing compared to Ankylosaurus but enough to defend itself from predators.

Some Sauropods, and more specifically titanosaurs would have had ‘clubs’ at the end of their tails, which would have been used to batter any predator. Other Sauropods had small bony ‘spike like’ plates covering areas of their large bodies.

Even Sauropods that didn’t have obvious defence may have used their extremely long and powerful tails almost like a whip to defend themselves.

There is a lot of scientific evidence which shows that Sauropods would have lived and moved in herds. Many mass graves have been found with Sauropods of many different ages all together. Furthermore, other fossil sites uncovered by Palaeontologist show that if Sauropods did form a herd, these herds of Sauropods would have all been roughly the same age.

Further evidence of this is shown in much younger Sauropods from their diet, so young Sauropods may have created their own herd. When you think about it logically it does make sense if you’re a young Sauropod to stay a little clear of your 60-tonne mother.

The jury is still out on the level of parental care Sauropods gave their young. Some scientists believe that the young could have been looked after until adulthood, and some suggest a much earlier transition in terms of fending for themselves.

The classification of Sauropods, called the Titanosaurs or titanosaurian, have been discovered on almost every major continent including Antarctica. This large family of titanosaurian’s were one of the very last Sauropods and would have been alive around the great extinction event which killed the dinosaurs at the end of the Cretaceous Period.

As the name “Titan” suggests Titanosaurs or titanosaurian Sauropods were some of the largest Dinosaurs ever to be recorded. Their sheer size still means to this day that they still hold the title for the largest animal in the history of our planet.

The classification of Sauropods called Diplodocoidea included some of the most recognisable types of Sauropods including Diplodocus and Apatosaurus.

This classification of Sauropods had some of the longest dinosaurs to ever live reaching lengths of up to 22.8 m or 75ft.

Below is a complete list of every Sauropod discovered and currently known to science. This list will be updated as soon as a new specimen is discovered. In the meantime, you can start discovering more information about the individual types of Sauropods by clicking the links below: