Ammonites (AM-uh-nites) are an extinct group of marine animals of the subclass Ammonoidea in the class Cephalopoda, phylum Mollusca. These early molluscs had no vertebrae but were protected by a hard-coiled shell which was made from calcium.

How big were Ammonites?

Ammonites varied in size depending when they lived. The ammonites that would have lived during the lower and middle part of the Jurassic period would have measured up to 9 inches or 23 centimetres in diameter. 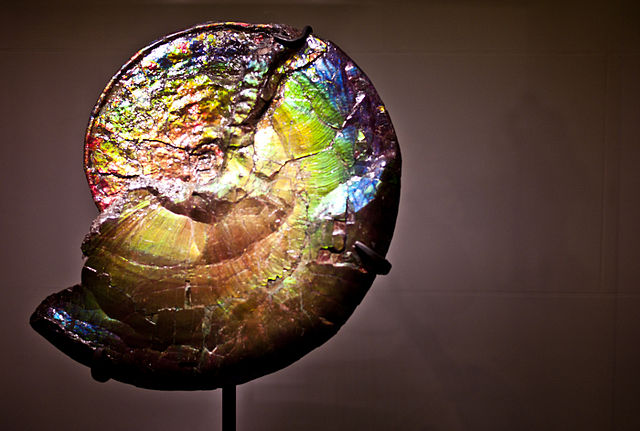 JamesPFisherIII, CC BY 3.0, via Wikimedia Commons

Much larger Ammonites have been found in the rocks that would have formed in the upper part of the Jurassic and the lower part of the Cretaceous periods. These type of Ammonites include Titanites from the Portland Stone of Jurassic Coast of Southern England. These Ammonites were often much larger and could grow up to 2 feet or 53 centimetres in diameter.

Parapuzosia seppenradensis is currently the the largest known species of ammonite. This species of Ammonites would have been alive in the Cretaceous period, in what is now classed as Germany, could reach sizes of up to 6.5 feet or 2 metres in diameter.

The largest documented Ammonites ever discovered was in North America. This particular ammonite is classed as a ‘Parapuzosia bradyi’ which would have lived in the Cretaceous period. Specimens of this particular species of Ammonites have been found up to 4.5 feet or 137 centimetres in diameter. 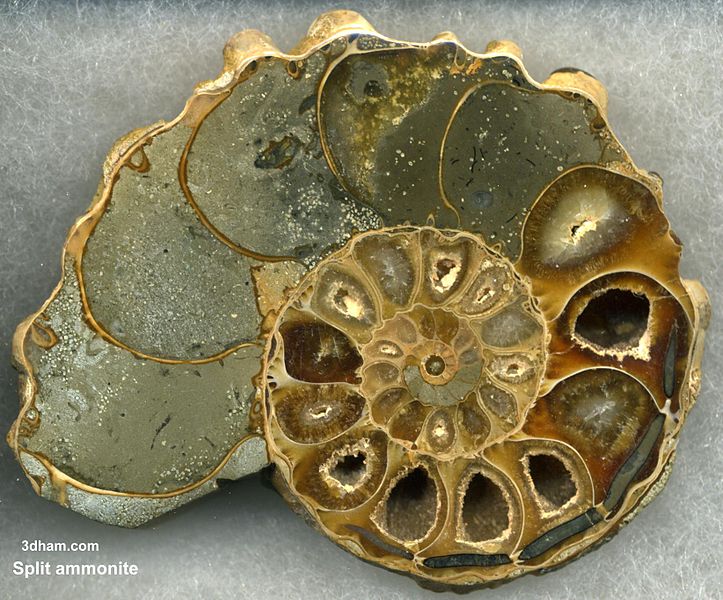 The shell of the Ammonites contained many air filled chambers, called ‘phragmocones’. The actual animal would have lived only in the outer chamber. The opening of the shell is called the ‘aperture’. The walls of each chamber are called ‘septa’. These walls were penetrated by a ventral tubelike structure called a ‘siphuncle’ that regulated the air pressure, allowing the ammonite to float.

Ammonites were fast moving predators that ate other animals in the sea, capturing their prey using their tentacles

The closest living relative of the Ammonite is the ‘chambered nautilus’. Ammonites were named for ‘Amun’ (also spelled Ammon), an ancient Egyptian god who is pictured as having rams’ horns behind each ear which looked like Ammonites.