Jainosaurus (JAYN-noh-SAWR-us) was a large titanosaur sauropod dinosaur that lived in the Maastrichtian era around 68 million years ago during the Upper Cretaceous Period in India and wider Asia. It was named to honour the Indian paleontologist Sohan Lal Jain.

Jainosaurus measured 58 feet (18 metres) in length and 20 feet (6 metres) in height. No accurate estimate of the weight has yet been made. It had a long neck and a long whip-like tail, It walked on 4 strong legs and had a bulky body.

Janenschia (yan-ensh-ee-ah) was a large sauropod who lived in Tanzania, Africa during the Upper Jurassic period around 156 – 150 million years ago.

The Earth was warmer than it is now, the seasons were very mild, the sea levels were higher than they are now and there was no polar ice. Janenschia was the earliest known titanosaur. Originally thought to be a species of the diplodocid, It was named after Werner Janensch.

Janenschia measured 80 feet (24 metres) and weighed around 33 tons. It had an enormous long neck and a long tail. Janenschia walked very slowly on 4 thick legs using its long tail to graze high vegetation. 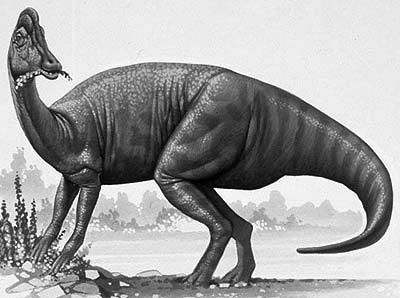 Jaxartosaurus (jax-SAHR-toh-SAWR-us) was a lambeosaurine hadrosaurid, a duck-billed dinosaur similar to Corythosaurus. Jaxartosaurus lived in the Turonian – Santonian stages during the Upper Cretaceous period, around 91-83 million years ago.

Jaxartosaurus measured around 30 feet (9 metres) in length and 16 feet (4.9 metres) in height. Its weight is unknown. Jaxartosaurus had a large, helmet-like crest that it used to vocalize with members of the same herd.

Jingshanosaurus (Jiangshan lizard) was a species of the genealogy of prosauropod dinosaurs. It was a giant dinosaur that existed in the early Jurassic period (Hettangian stage), around 205 – 190 Million years ago. Jingshanosaurus belonged to the class of Clades Dinosaurian, Sauropodomorph, and Saurischian.

Though incomplete, its fossil was excavated from china, in a province called Yunnan, in the county of Lufeng in the town of (Jiangshan or Golden hill). Its skeleton consists of the skull and a merely complete skeleton. From the town name, the genus name is driven. Yang and Zhang first described and formalized it in 1995 as its fossils remains were being exhibited in several museums before its naming.

Jingshanosaurus is considered to be the preceding species of prosauropods dinosaurs. It used to live in the woodlands of China and is believed to be a herbivore. It measured 11 meters and weighed 2 400 kg. Its skeleton is displayed at the Beijing Museum of natural history.

Jinzhousaurus (jeez hou saor us), also known as Jinzhousaurus yangil, was a Mesozoic dinosaur that lived in China during the Early Cretaceous period. Jinzhousaurus belongs to the Hadrosauroidea family of dinosaurs. Jinzhousaurus was a Hadrosauroid, a type of dinosaur related to the late Cretaceous duck-billed dinosaurs (Hadrosaurids). They used to go all across China. The Jinzhousaurus fossil was discovered in the Yixian Formation in western Liaoning, China. The age of the remains was estimated to be 122 million years by paleontologist experts. After much consideration, the name Jinzhousaurus yangi was chosen. It was first described by Wang Xiao-lin and Xu Xing in 2001. The genus name Jinzhou was given after the discovery location, and the species name yangi was given after Yang Zhongjian, the founder of Chinese paleontology. The major threat to their existence was predation by other flesh-eating dinosaurs. Jinzhousaurus probably didn’t live in groups but, rather, was mainly solitary.

The Jinzhousaurus dinosaur was herbivorous, and herbivorous dinosaurs are often prey for carnivorous predators, thus they would have evolved to be able to run quickly in order to survive. So, we can say that they had a fast speed. They ate plants at the medium-browsing level so, mainly they ate coniferous trees and the like. The specimen showed that they had very hard skin and used to walk on two feet. Their skeleton, and indeed the entire fossil, was discovered near the Yixian Formation in western Liaoning, China. Their length range was estimated to be roughly 23 ft (7 m) long based on the fossil. They possessed a large skull (half a meter long) and a little crest-like structure on top of it, which were both attractive features. This Chinese dinosaur’s skull was around 1.7 feet (0.5 meter) long.

There were around 17 teeth in their mouth on the lower jaw. Their forelimbs were shorter and their legs were longer. On both their hands and legs, they possessed little nails. It possessed three toes on each foot and five fingers on each hand, though only the first three fingers had claws, indicating that it wasn’t growing the Hadrosaurids’ hoof-like front limbs. The tail was rather long, with a wide front and a small back. It possessed a snout more like that of an Iguanodon, with a rounded robust beak, but it was distinct enough from its relative that it presumably had to have a different feeding strategy. Its back was strengthened substantially for balance, while its tail was largely inflexible. 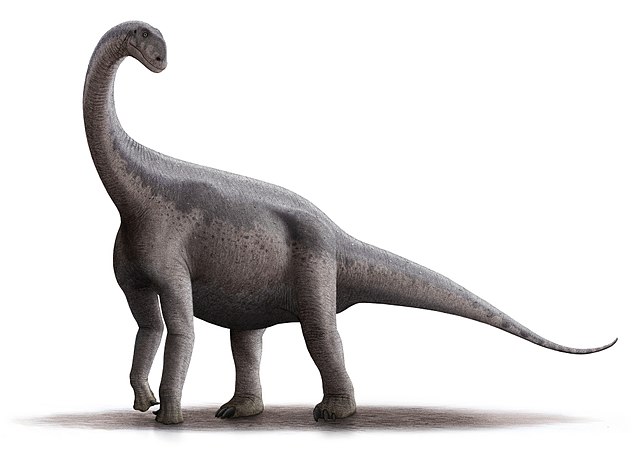 Jobaria (Joe-bar-ee-ah) was a huge primitive sauropod dinosaur that lived in the woodlands of North Africa in the Hauterivian to Barremian stages during the Lower Cretaceous Period around 136 to 125 million years ago.

The term Juravenator (ju-rah-ve-nay-tor) comes from the Jurassic Bavarian Jura Mountains and the Latin word Venator, which means “hunter.” Jura’ means a hunter from the Bavarian mountains.  Juravenator is a genus of small coelurosaurian theropod dinosaurs that lived around 151 or 152 million years ago in what would eventually become the Franconian Jura of Germany. Only one juvenile specimen has been found. They prey on fish, birds, or any small animal and were majorly found in Forests, floodplains, swamps, and riversides. They seldom stayed in one spot for long and were constantly on the lookout for new hunting grounds, changing their environment to meet its survival demands. It spent much of its existence near the shallow lagoons of a prehistoric European archipelago. This dinosaur thrived in climates that were chilly and temperate. Paleontologists suggest that they were either solitary or lived in tiny groups. The females are known as Saura, while the males are known as Saurus.

Juravenator was the second non-avian theropod (small meat-eating dinosaur) to be discovered in the Solnhofen area. They had a virtually complete skeleton, including a juvenile dinosaur’s skull, skin imprints, a partial tail, and several teeth. The specimen showed that they had soft bumpy skin with feathers. The typical specimen has scaly skin imprints along the tail. Fine filaments around the specimen’s pelvis and tail show that Juravenator was at least partly clothed in a coat of basic protofeathers, which is common among dinosaurs.

Juravenator’s tail scales have little bumps that experts believe are sensory organs that may have helped it hunt at night in the sea. They had sensory organs that were very similar to those found on crocodiles. This most likely assisted the animal in being more aware of its surroundings as it navigated the shallow ponds.  Juravenator has huge eyes, they may have been entirely nocturnal, making sensory capabilities that can compensate for low light conditions even more important. For the abundant shallow lagoons and coastal waterways of Jurassic-era Europe, this type of hunting approach makes sense. They were thought to live between 26 and 32 years. These dinosaurs died out roughly 65 million years ago during the K-T mass extinction.