Iguanodon (ig-WHA-noh-don) is the name given to a genus of ornithopod dinosaurs, which lived roughly halfway between the early hypsilophodontids and their ultimate culmination in the duck-billed dinosaurs.

Iguanodon lived between 120 to 140 million years ago, in the Barremian to Valanginian ages of the Early Cretaceous Period, although one dubious species is from the Late Jurassic.

Indosuchus (in-doh-sook-us) was an abelisaurid dinosaur that lived 70 to 65 million years ago in the Maastrichtian era, during the Late Cretaceous Period. It was a primitive theropod related to Abelisaurus.

Like most theropods, Indosuchus was a bipedal carnivore. It was possibly 20 feet (6 metres) long, and had a crested skull, flattened on the top. Indosuchus had powerful hind legs and could run quite swiftly. 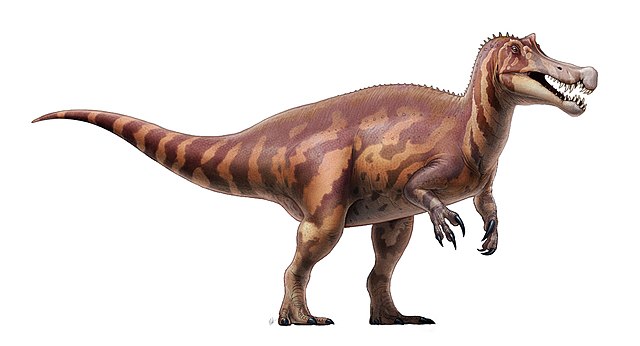 Irritator (irr-it-ate-or) is a spinosaurid dinosaur related to the Spinosaurus. It is thought to have lived in the Albion stage during the early Cretaceous period, around 112 – 99 million years ago. It lived by the lakesides of Brazil, South America.

Irritator measured 26 feet (8 metres) in length and 9 feet (3 metres) in height. It weighed around 1 ton. All Spinosaurids had very narrow jaws with relatively pointed teeth.

The nostrils of Irritator were shifted far to the rear of the skull, and the secondary palate made respiration possible even if the majority of the jaw was under water or held prey. The Irritator had spines along its back. 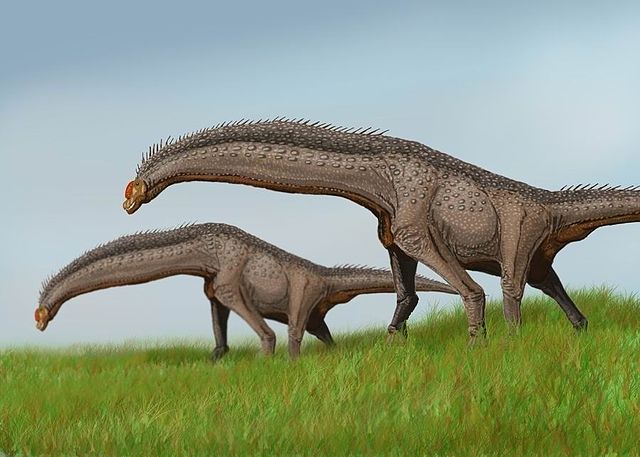 Isisaurus (iss-ee-sore-us) is a genus of dinosaur that lived in the Maastrichtian Era from the Upper Cretaceous Period. Isisaurus was a sauropod (specifically a titanosaur), which lived in the woodlands of central Asia in what is now Maharashtra, India around 71 – 65 million years ago.

Isisaurus measured 60 feet (18 metres) in height and weighed around 15 tons (14,000 kilograms). Isisaurus had a short, vertically-directed neck and strong, long forearms, making it considerably different from other sauropods. It had spines that stood out on its neck and tails. Its tail was long and stiff and its head was very small. Its forelimbs were longer than its hindlimbs and its muzzle had a prominent bridge.