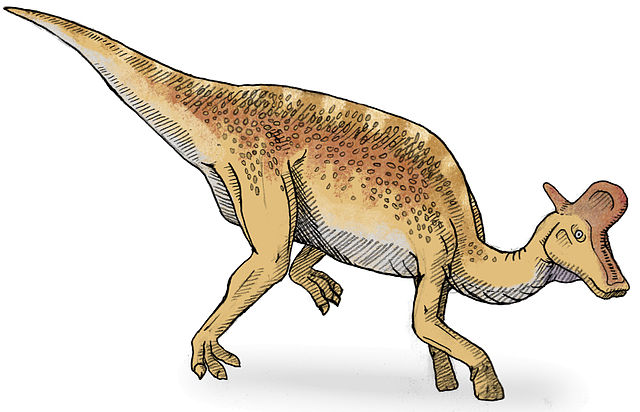 Lambeosaurus (lam-BEE-oh-SORE-us) was a bipedal herbivore who lived in the Campanian stage during the Upper Cretaceous period, 76 – 75 million years ago. It was found in North America.

Lambeosaurus measured 50 feet (15 metres) in length and weighed 5 – 6 tons. It may have been the longest Ornithischian. Like other hadrosaurs such as Parasaurolophus and Corythosaurus, Lambeosaurus had a distinctive crest on the top of its head. It was a large square crest pointing forwards and a small spine pointing backwards.

Its nasal cavity ran back through this crest making it mostly hollow. It is believed that this could have enhanced the dinosaur’s sense of smell, or have created a loud bleating noise.

Leaellynasaura (LEE-ELL-IN-a-SORE-a) was a small ornithopod dinosaur who lived in the Albian stage during the Lower Cretaceous Period, 115-110 million years ago, on the plains of Australia.

Leaellynasaura measured around 6 – 10 feet (2 – 3 metres) in length and was 2 feet (60 centimetres) tall at the hip. It weighed 10 kilograms (25 pounds). It had a relatively large brain and good eyesight.

Leaellynasaura had strong hind limbs and was a bipedal, fast runner. Its forelimbs were short and clawed and it had strong jaws. 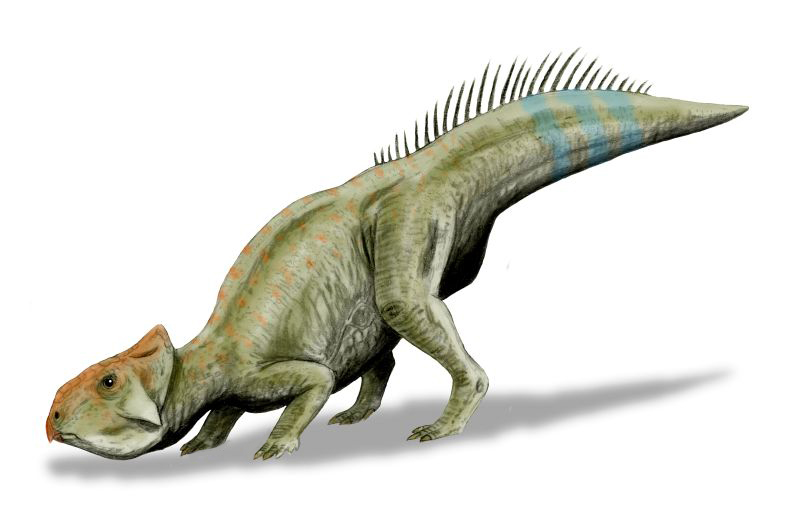 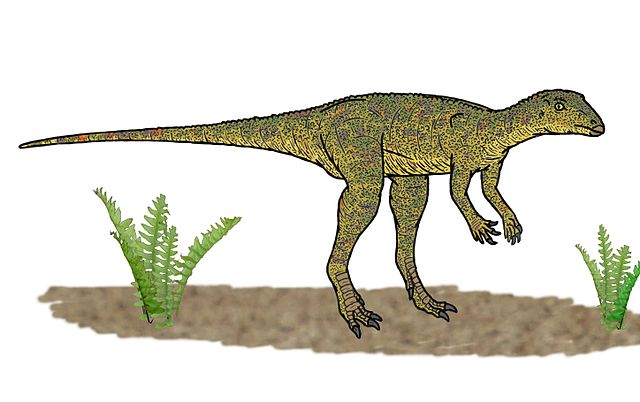 Lesothosaurus (Le-SO-toe-sore-us) is a primitive dinosaur of the Ornithischia Order (bird-hipped dinosaurs). It lived in the Hettangian – Sinemurian stages during the Lower Jurassic period in hot and arid conditions of Lesotho and South Africa.

Lesothosaurus would have lived alongside large predators such as pterosaurs and crocodilians.

Lesothosaurus was a small, lightly built dinosaur. Its elongated body and tail only measured 3.3 feet (1 metre) in length and it weighed 3 kilograms (8 pounds).

It had a small, flat skull, set on a flexible neck, with large eye sockets and large jaw cavity. Its snout was short and pointed and may have ended in a beak. 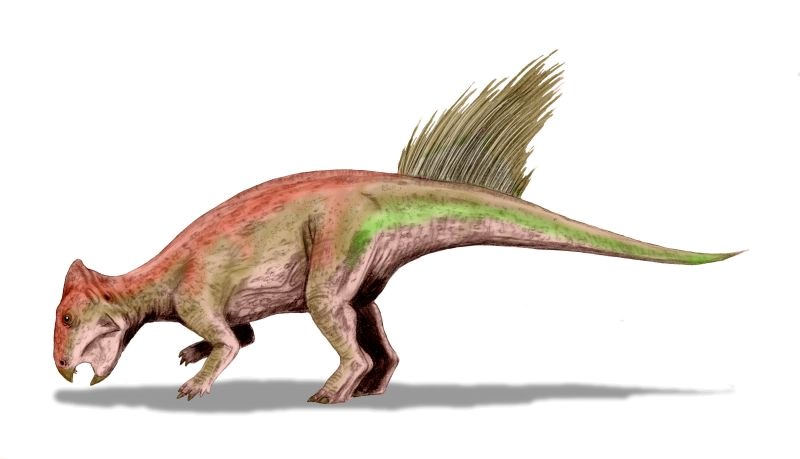 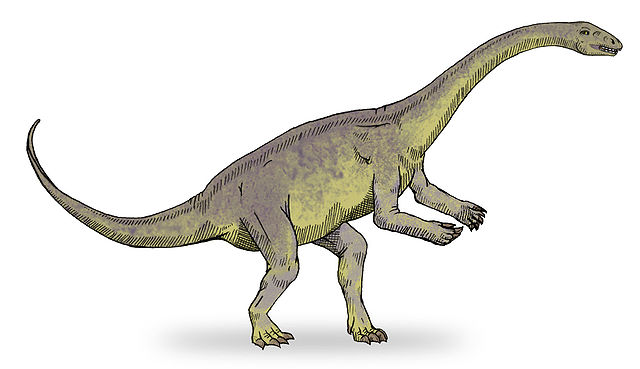 Lufengosaurus (Lau-fung-owe-sore-uss) was a prosauropod dinosaur which lived from the Late Triassic to the Middle Jurassic period 208 – 200 million years ago in Asian woodlands in what is now southwestern China. Lufengosaurus was a close relative of Plateosaurus. It was about the same size, but it lived earlier.

Lufengosaurus measured 20 feet (6 metres) in length and weighed 500 kilograms. Like all prosauropods, Lufengosaurus had much longer hindlimbs than forelimbs and was probably bipedal some of the time.

Their hind legs were very powerful and they were able to stand straight allowing the dinosaur to reach higher vegetation. 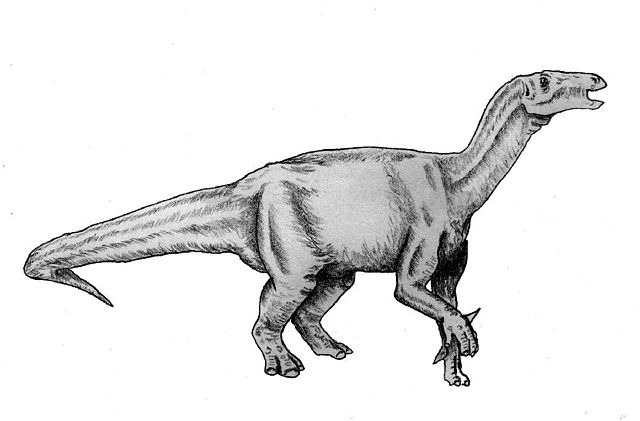