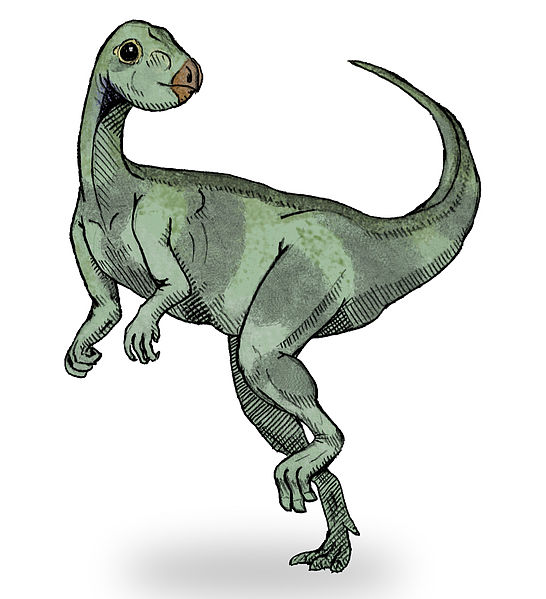 Debivort at the English-language Wikipedia, CC BY-SA 3.0, via Wikimedia Commons

Qantassaurus (KWAN-tuh-SAWR-us) was an ornithopod who lived in the Aptian/early Albian age during the Early Cretaceous period around 115 – 110 million years ago in the woodlands of Victoria, Australia when the continent was still south of the Antarctic Circle. It got its name from the Australian airline, Qantas, which helped transport the fossils.

Qantassaurus measured 6 feet (2 metres) in length, 3 feet (1 metre) in height. This dinosaur was the size of a small kangaroo and had large eyes to help it see in the cold, dark polar night that lasted up to 3 months.

Unlike other dinosaurs, Qantassaurus had a unique jaw structure being short and rounded whereas other dinosaurs had long, slender jaws. Qantassaurus had only 12 teeth located in its lower jaw while most hypsilophodontids had at least 14 teeth, this probably was the reason for the shape of its face. The cheek teeth were leaf-shaped which were self-replacing as they worn down. 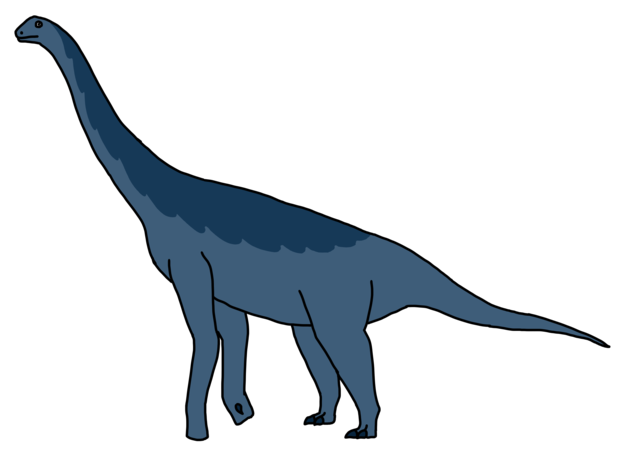 Qinlingosaurus (chin-ling-oh-SAWR-us) was a Sauropoda dinosaur that lived in the Maastrichtian stage during the Late Cretaceous Period around 99 – 65 million years ago in China. It was named after the mountains of the Hongtuling Formation, Shaanxi Province in China where the first fossils were recovered.

Qinlingosaurus measured 70 feet (21 metres) in length. It was a quadruped dinosaur who walked on its 4 powerful, trunk-like legs. It had a very long neck and a small head. Its tail was very long, heavy and felxible. Qinlingosaurus had small eyes and many cheek teeth which were adapted for chewing tough plant material. It probably had hoof-like feet, similar to those of our modern day elephants.

Qinlingosaurus was a herbivore and must have eaten a huge amount of plant material to sustain its great size. 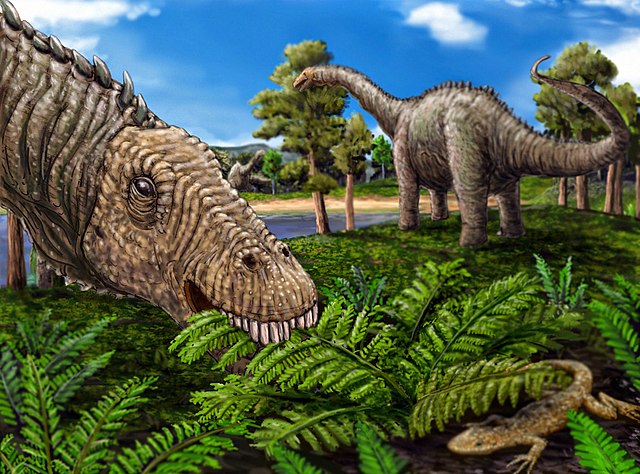 Quaesitosaurus means “extraordinary lizard” and was a sauropod dinosaur that was named and described in 1983 by Kurzanov and Bannikov after a partial fossilised skull was discovered in the Barun Goyot Formation, Mongolia.

From the partial skull scientists were able to see that Quaesitosaurus had a horse like structure to its head and it had peg teeth at the front. It is very similar to Diplodocus which meant scientists believed the body would also have been very similar.

With its peg like teeth it is thought Quaesitosaurus would have eaten leaves whole without chewing them as they were used to strip foliage which may have included conifers, cycads, ferns, horsetails, seed ferns and gingkos. It would have moved slow like other sauropods, may have travelled in herds which would move around a lot due to the sheer consumption of plantation it would have taken to feed the adults.

Quilmesaurus measured around 20 feet (6 metres) in length. This bipedal dinosaur had a distinguished highly specialized knee joint. The femur (thigh bone) possess a strong, well-developed mediodistal crest (sharp ridge), and the tibia (shin bone) has a hooked cnemial crest (a crest like prominence on the proximal end of the tibia of birds and some reptiles).

Quilmesaurus had large, powerful hind legs with clawed toes and very short front arms also with clawed digits. It had a large head and a short neck. Its tail was long and stiff and was used for counter-balance as it moved around. Quilmesaurus, like most carnivores, had many sharp teeth and powerful jaws.