Kentrosaurus (ken-TROH-sore-us) was a genus of stegosaurid dinosaur that lived in the Kimmeridgian stage during the Upper Jurassic period 155 – 150 million years ago in the forests of Tanzania, Africa.

Kentrosaurus measured up to 17 feet (5 metres) in length and weighed around 2 tons. The skull of Kentrosaurus was long and narrow and although this dinosaur was quite large, it had a very small, but long brain. 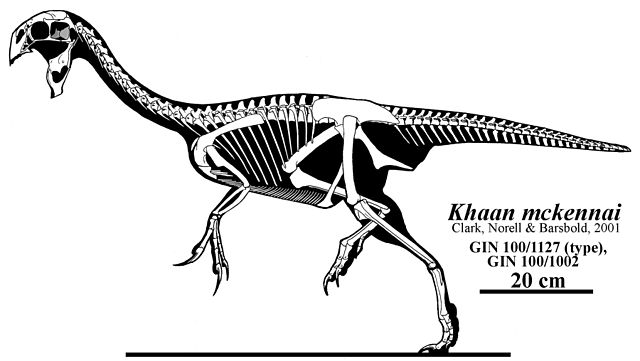 Jaime A. Headden (User:Qilong), CC BY 3.0, via Wikimedia Commons

Khann was a small theropod dinosaur that was discovered in Mongolia and named in 2001 by James Clark with Khann meaning “lord” or “ruler”. The two skeletons that were found, one was near complete, and the other was partially complete. The two were nicknamed “Romeo and Juliet” and gave scientists a good idea of the difference between the male and the female with the female having a reduced spine which would increase space for laying eggs.

Khann’s skeletal structure meant it was feathered and scientists believed it may have been a omnivore as it was thought to have fed on small vertebrae’s and other small dinosaurs. It walked on two legs meaning it was bi-pedal and was roaming around the woodlands of Asia during the late Cretaceous Period.

Kotasaurus (KOE-ta-SORE-us) is the name given to a genus of sauropod dinosaur. Kotasaurus lived in the woodlands of India in the Hettangian – Pliensbachian stages during the Lower Jurassic Period 205 – 180 million years ago.

Kotasaurus is the most primitive known sauropod and is similar to prosauropods in some ways (the hip bones). Huge herbivorous dinosaurs first appeared during the Jurassic. They evolved from early plant eaters called Prosauropods who appeared during the final stages of the Triassic period around 225 million years ago.

Kotasaurus measured 30 feet (9 metres) in length, 10 feet (3 metres) in height and weighed around 2 tons. Kotasaurus had a bulky body, a long neck, a long tail and relatively thin legs. Its hind legs were larger than its forelegs and it had a small head. 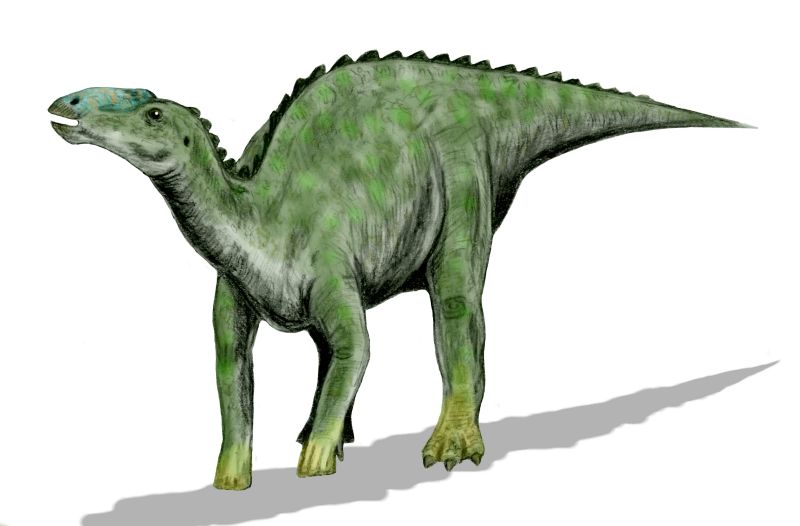 Kritosaurus (KRIT-oh-SORE-us) was a duck-billed hadrosaurid dinosaur who lived in the Campanian – Maastrichtian stages during the Upper Cretaceous Period, about 76 to 65 million years ago in the woodlands of Argentina, USA.

Kritosaurus measured 30 feet (9 metres) in length, 23 feet (7 metres) in height and weighed a huge 3 tonnes, being one of the largest hadrosaurs. It stood 9 feet tall at the hips. Kritosaurus had a flat head and a large bump or arched nasal crest on its snout.

The crest would have been used for a variety of social functions such as indicating gender or species. The skull of Kritosaurus measured 34 inches (87 centimetres) and was long and slender.