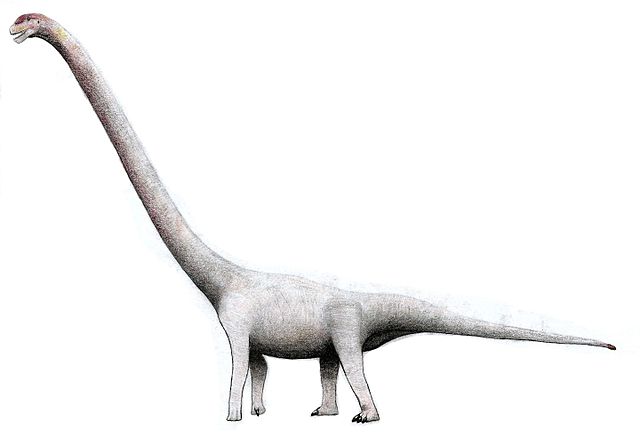 Omeisaurus (oh-mee-sore-us) was a huge sauropod dinosaur that lived in the Bathonian – Callovian Ages during the Late Jurassic Period of what is now China, around 169 – 159 million years ago. Its name comes from Mount Emei, where it was discovered.

Omeisaurus measured 20 feet in length, 12 feet (4 metres) in height and weighed 9,800kgs. It had a bulky body and a very long neck which contained several more neck vertebrae that were larger than most other sauropods. Unlike other sauropods, its nostrils were located close to the end of its snout. Omeisaurus had 4 thick legs, a long tail and a very small head. The back of the Omeisaurus was higher at the hips than at the shoulders. The closest relative of Omeisaurus appears to have been the even longer-necked sauropod Mamenchisaurus, which had 19 neck vertebrae compared to the 17 of Omeisaurus.

Omeisaurus was a herbivore and must have eaten huge amounts of plant materal to sustain itself.

Ornitholestes (Or-nith-oh-LES-teez) was a small theropod dinosaur who lived during the Late Jurassic period in the forests of North America around 156 – 145 million years ago.

Ornitholestes measured approximately 6.5 feet (2 metres) in length and weighed around 15 kilograms (25 pounds). It was a lightly built, hollow-boned bipedal dinosaur who was a very fast runner. Ornitholestes had a small head and a small bony crest on its snout which may have been used to attract mates. It had many sharp, conical teeth, an ‘s’ shaped, flexible neck and a long tapered stiff tail. The tail would probably have been used to counter-balance when this agile predator was chasing its prey.

Ornitholestes had long legs and was able to change direction very quickly when in pursuit of prey. Its arms were short and strong and it had hands that had 4 clawed fingers, one of which was tiny. 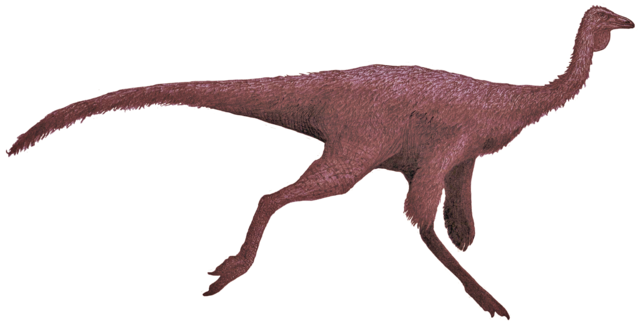 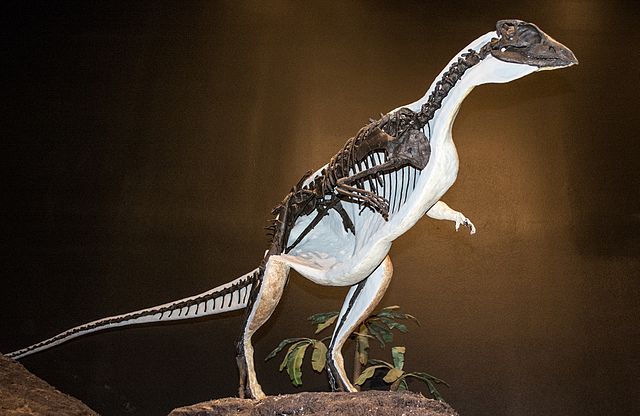 Othnielia (oth-ni-ee-lee-a) was an ornithopod dinosaur, a genus of hypsilophodont, that lived in the Oxfordian – Tithonian stages during the late Jurassic Period, about 156-145 million years ago. Othnielia could be found in Colorado, North America and Utah.

Othnielia measured 4 feet (1.1 metres) in length, 1 foot (30 centimetres) tall at the hips and weighed 22.5 kilograms (50 pounds). It had a small skull with a beak that contained self-sharpening, chisel-like cheek teeth and large eyes. It may also have had cheek pouches. Othnielia was a bipedal dinosaur and moved around on 2 legs. It had long legs with very long shins and feet with 4 clawed toes. Its arms were small and it had hands with 5 clawed fingers. Othnielia was a fast, agile dinosaur who had a long stiff tail which was used as a counter-balance and balance when running and changing direction.

Othnielia was a herbivore and may have lived in herds. These dinosaurs laid eggs and probably cared for their young. 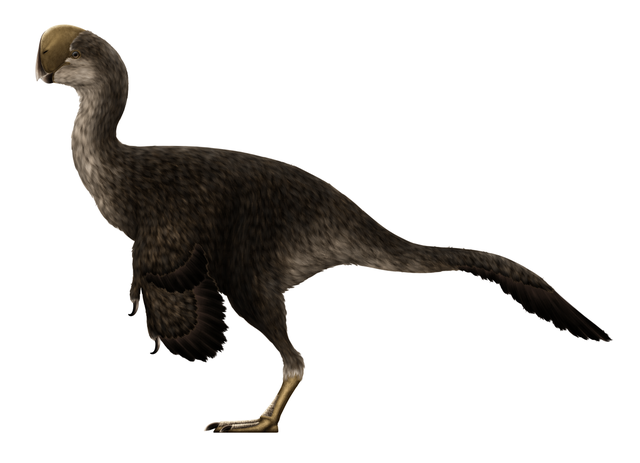 Oviraptor (OH-vee-RAP-tor) was a small, bird-like dinosaur who lived in the late Campanian stage during the late Cretaceous period, about 88 – 70 million years ago in the deserts of Mongolia, China.

Oviraptor measured 6 – 8 feet (1.8 – 2.5 metres) in length, 2.6 feet (0.8 metres) in height and weighed around 25 – 35 kilograms (55 – 76 pounds). It was a lightly built, bipedal dinosaur that had long legs and was fast moving. Oviraptor had a curved, ‘s’ shaped neck and a strange parrot-like head. It had a toothless beak and powerful jaws built for crushing prey.

Oviraptor had powerful hind legs with 3 clawed toes on each foot and strong short forearms with 3 clawed fingers on each hand. The fingers were long and grasping and the claws measured 3 inches (8 centimetres) in length. A small, stumpy horn-like crest sat on its snout and was probably used for mating displays. The crest could differ between Oviraptor species and for males, females and juveniles.