Dinosaur names beginning with the letter U. 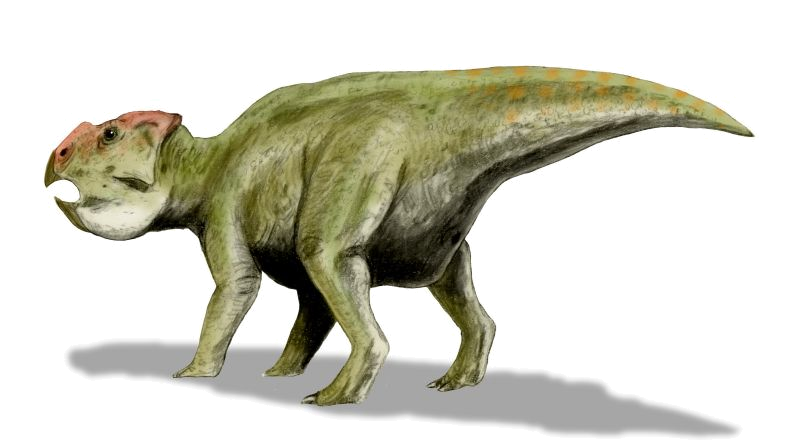 Udanoceratops (oo-dahn-oh-serra-tops) was a herbivore with the name “Udan-Sayr horn face.” It lived in Asia during the Cretaceous period. Its fossils have been discovered in Mongolia’s Dornogovi and China’s Inner Mongolia, and it lived from the Campanian period until 72.1 million years ago. The only notable specimen of Udanoceratops that has yet been discovered is a near complete skull. While we don’t know the exact climatic and environmental circumstances at the time, we may infer from the food of this frill-faced dinosaur species that they would have preferred to live in lush, green grasslands and forests. It is thought to be the world’s largest non-ceratopsid neoceratopsid.

The horn face skull of this species makes it difficult to deduce the species’ behavioural tendencies. Although, because these dinosaurs are thought to have been herbivorous, it’s possible that, despite the terrifying jaw arrangement and wide range of facial frills, Udanoceratops (Kurzanov) was a genus that thrived in groups. It was a quadrupedal dinosaur with a light build that could stand and walk for short distances on its hind legs alone. Only a nearly complete cranium measuring 60 centimetres in length and relatively well preserved was known. It had no horns over the eyes or a little frill coming from the back of the head. Like other leptoceratopsids, it had a small frill emerging from the back of the skull and no horns above the eyes or nostrils. It was a herbivorous dinosaur with a beak-like mouth for cutting and shearing plant components like cycads and ferns. Its back cheek teeth broke down the plants it ate, making them easier to digest. The crest of Udanoceratops was relatively small in comparison to several other leptoceratopsid taxa.

The order Ornithischia is known for having a powerful, long lower jaw, a short upper jaw, and horn-like traits, as evidenced by the fossil remains discovered at the Udan Sayr site. The front limbs of this new dinosaur species are thought to be shorter and so not employed for running. However, palaeontologists believe that this new dinosaur species spent the most of its time on all four limbs to reduce hip strain. Udanoceratops (order Ornithischia) was an oviparous dinosaur, which means it reproduced by depositing eggs. Because of their enormous size, these dinosaurs are thought to have had a powerful, loud call.

Although these dinosaurs spent the majority of their days on all four short legs, it is thought that they only used their hind legs to flee predators. It’s hypothesised that these ceratopsian dinosaurs ate only plants because of their powerful lower jaw and absence of teeth. While the Ceratopsia (meaning horn face) family can appear threatening due to the upper region of the head’s frills and horn-like projections, the Udanoceratops’ massive size could have easily killed small animals in Udan Sayr during the Campanian period, they were not predatory or aggressive. The powerful lower jaw and parrot-like beak, in turn, are thought to have evolved over time to allow this dinosaur species to break plants and other vegetation. When the earth’s surface collided with a meteor 65 to 66 million years ago, the Udanoceratops became extinct. 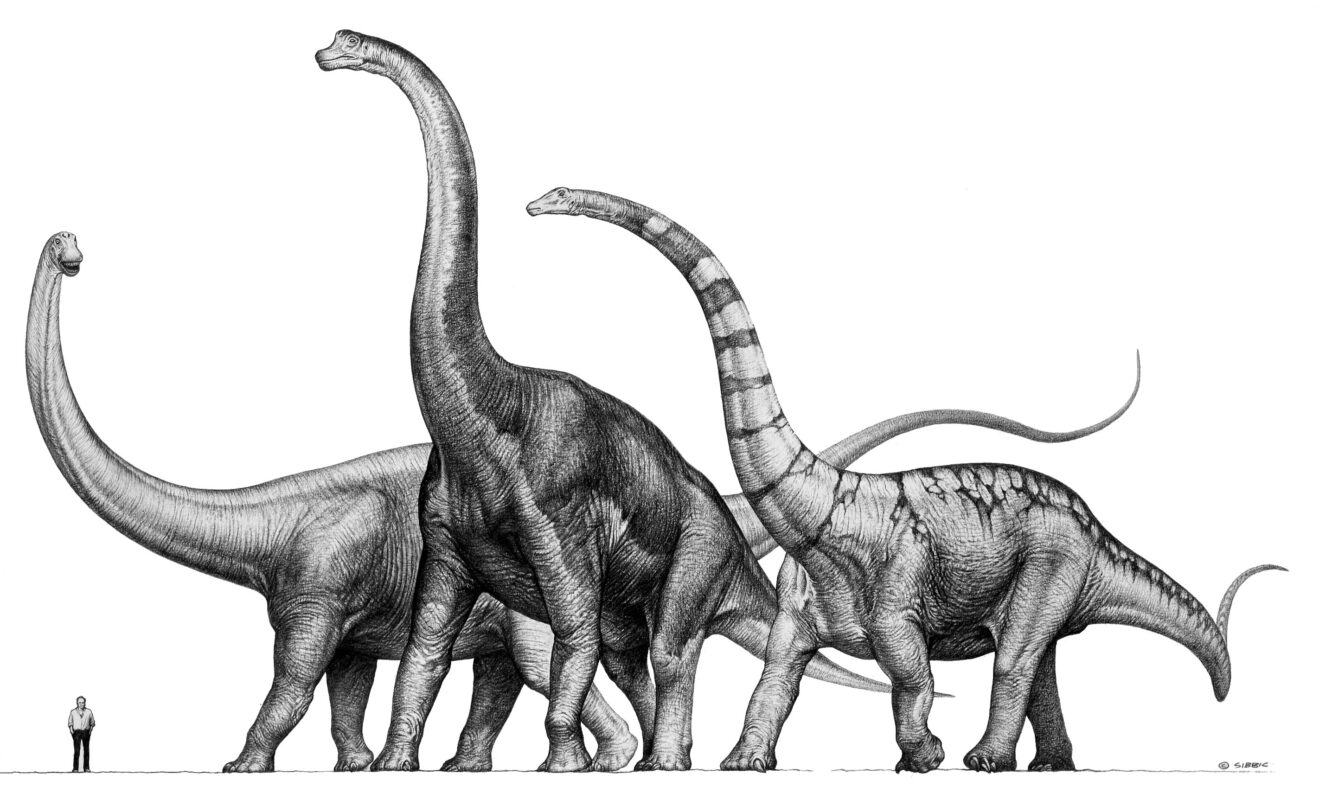 Supersaurus, Ultrasaurus and Dystylosaurus in 2019, part 1: what we know now

Ultrasaurus (ultra-sawr-us) was a genus of sauropod dinosaur that lived in the Aptian and Albian Ages during the Early Cretaceous Period, 100 to 110 million years ago. It was one of the largest dinosaurs to ever walk the Earth.

Ultrasaurus was enormous and measured 90 feet (27 metres) in length. Its tall front legs reached a height at the shoulder of perhaps 25 feet. It was heavy-bodied and weighed around 80 tons, twice as much as other sauropods.

Ultrasaurus had a extremely long neck which could reach nearly 60 feet above the ground and a small head. Ultrasaurus was quadrupedal and walked on all 4 thick, trunk-like legs. Its fore legs were longer than its hind legs which gave it a giraffe-like body structure. The tail was small and short compared to the tails of other diplodocids.

Ultrasaurus was a herbivore and ate prehistoric plant material. It would have had to eat huge amounts of vegetation to sustain its great size. It ate leaves and needles of conifers and tree ferns and any other plant it could reach. 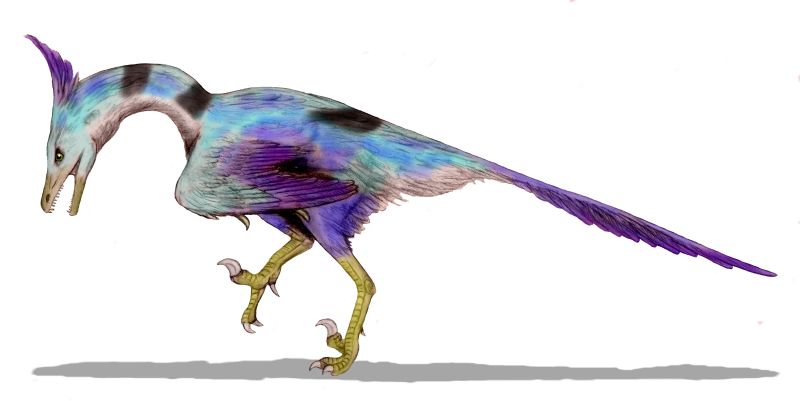 Unenlagia (oon-en-lahg-ee-ah) was a genus of theropod dinosaur of the family Dromaeosauridae. It lived in the Turonian – Coniacian Stages, during the Late Cretaceous period, around 94 – 86 million years ago in Argentina, South America. Unenlagia is the most bird-like dinosaur discovered so far. It was a member of the strange and extremely bird-like Gondwanan sub-family of dromaeosaurs called unenlagiines, and was closely related to dinosaurs such as Buitreraptor and Neuquenraptor (which might be the same species as Unenlagia).

Unenlagia had an small, elongated head with a beak that contained rows of small sharp teeth. It had a feather crest on top of its head and a flexible neck. On each foot, it had 3 toes which were equipped with large, sharp claws. Unenlagia was an omnivore and would have fed up on prehistoric plant material, insects and small reptiles and mammals.

Perhaps these proto-wings were used for balancing, turning, and a bit of lift during high-speed running. Although there is no fossil evidence of feathers from Unenlagia, it may well have had them, further adding lift to each upstroke of the proto-wings. 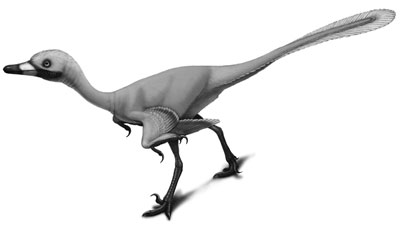 Urbacodon (urb-ah-ko-don) is a troodontid dinosaur genus that means “URBAC tooth” which is a tiny carnivore. The acronym “URBAC” represents the nationalities of Uzbek, Russian, British, American, and Canadian of those involved. It lived in Asia during the Cretaceous period. Its fossils have been discovered in places like Kemerovo Oblast (Russia), Kemerovo Oblast (Russia), and Navoiy Region (Uzbekistan), and it lived between the Cenomanian and 93.9 million years ago.

These dinosaurs lived in Russia’s Kemerovo Oblast and Uzbekistan’s Navoiy region, mainly in the Kyzylkum Desert’s Dzharakuduk and Bissekty formations. They were terrestrial organisms that reproduced by laying eggs, according to what is known. As per A.O. Averianov and H.D. Sues, 2007, the scientific name of this dinosaur species is Urbacodon itemirensis .

It was a little bird-like dinosaur that weighed 10 kg and was around 1.2 meters in length. It was noted for its sophisticated conduct and keen senses. Among dinosaurs, it had extremely long legs with big sickle-shaped claws and a massive brain. It possessed huge eyes, which indicated that it had good binocular vision.

They had asymmetrical blades on their tail feathers, and symmetrical blades on their arm feathers, but no flight. Since the only fossil remnants of the Urbacodon found in Uzbekistan comprised of the left dentary (lower jaw) with 32 teeth, little is known about its anatomical characteristics. Between neighboring teeth, there is a well-defined gap known as a diastema. Teeth were not as sharp as those of other Troodontids because they lacked serrations.

Troodontidae members are recognized for their speed and agility due to their small size and light body. Except for the fact that they were carnivores, little is known about these dinosaurs’ eating habits. However, based on the sort of teeth found in the specimen, it’s safe to believe their diet is comprised of smaller insects and reptiles. Given the closely packed tooth frame, it’s safe to believe they were aggressive.

It can be established that this dinosaur’s teeth were an essential distinguishing feature. Teeth on the holotype lacked serrations, according to observations. However, as a member of the Troodontidae family, it is reasonable to conclude that this Troodontid had robust teeth. The late Cretaceous epoch was known to have had some significant natural disasters, which may have contributed to their extinction.

Utahraptor (YOO-tah-RAP-tor) is the largest known member of the theropod dinosaur family Dromaeosauridae.

It lived in the Albian age, during the Lower Cretaceous period, 132 to 100 million years ago, in Eastern Utah, USA. It is thought that Utahraptor may be closely related to the smaller Dromaeosaurus and the giant Mongolian dromaeosaurid Achillobator.

Utahraptor measured 23 feet (7 metres) in length, 6 feet (1.7 metres) in height and weighed around 1 ton. Like other dromaeosaurids, Utahraptor had a huge, powerful, curved claw on the second toe that could grow to almost 9 inches (23 centimetres) long.

Utahraptor relied more on its hooked, slashing claw to maim its prey rather than using it jaws and teeth like a typical carnivorous predator. Its toe joints were specially enlarged so that its massive claw could be raised upward and backward to avoid damage while running. However, when used in an attack, its claw flexed forward as the dinosaur kicked out.