Naashoibitosaurus (nah-ah-sho-ee-BEE-to-SAWR-us) is a hadrosaurid dinosaur that lived during the Late Cretaceous in the Kirtland Formation of the San Juan Basin in New Mexico around 73 million years ago.

Naashoibitosaurus measured 30 feet (10 metres) in length and must have weighed around 2 – 3 tons. It was a huge duck-billed dinosaur who had a flattened head and a low nasal crest that peaked in front of its eyes. Naashoibitosaurus large hind legs and smaller front legs with hoof-like toes. It tail was long, heavy and stiff and would have been used to counter-balance when rearing up on its hind legs to feed on higher vegetation.

As a hadrosaurid, Naashoibitosaurus would have been a large bipedal/quadrupedal herbivore, eating plants with its specialized skull, grinding tough plant material with its many cheek teeth. Its teeth were continually replacing and self-sharpening. Plant material would have been cropped by its broad beak, and held in the jaws by a cheek-like organ. Feeding would have been from the ground up to 13 feet (4 metres) above. 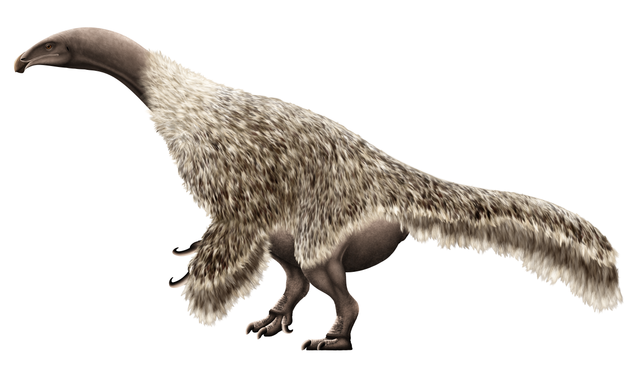 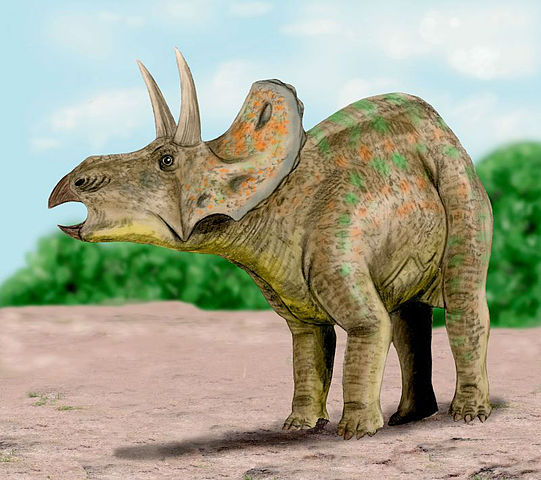 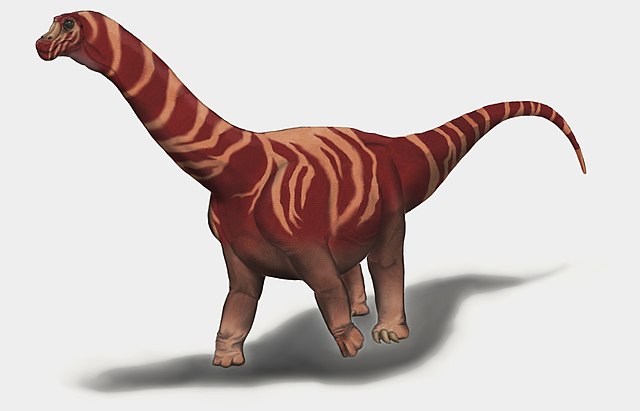 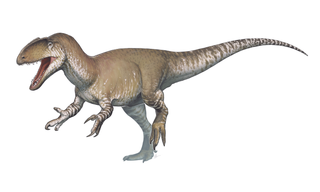 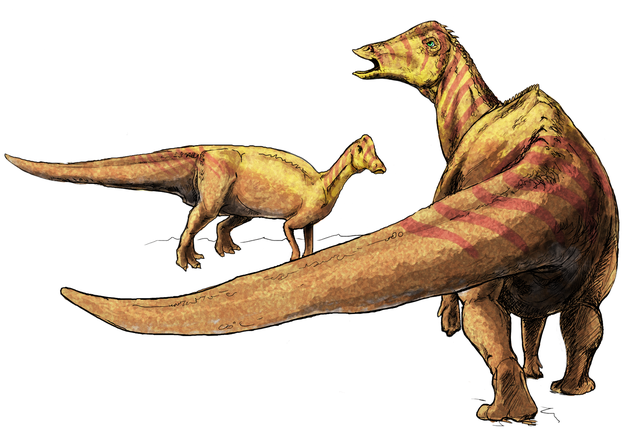 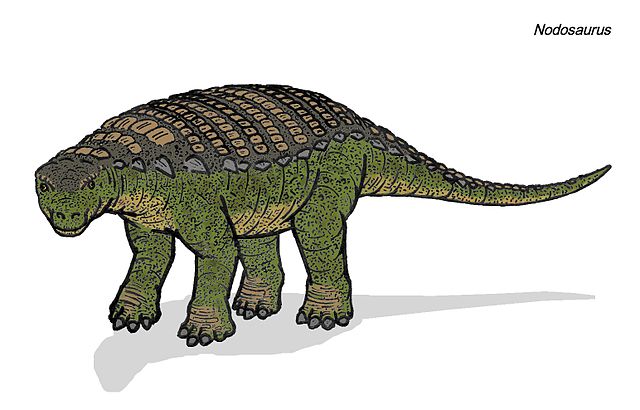 Nodosaurus (no-doh-SORE-us) was a genus of ankylosaurian dinosaur that lived in the Albian Age during the Lower Cretaceous period 70 to 110 million years ago in the woodlands of North America.

Nodosaurus measured 13 – 20 feet (4 – 6 metres) in length and weighed around 1 ton. It was a large bulky ornithischian (bird-hipped) dinosaur with bony dermal plates covering the top and sides of its body. It may also have had spikes along its sides. It had 4 short thick legs and 5 toes on each feet. Nodosaurus had a short neck, and a long, stiff tail that was club less. Its head was narrow, with a beak and it had small teeth. It was a quadrupedal dinosaur and moved around on all 4 legs. Nodosaurus had a very small brain and moved around very slowly.

Nodosaurus was a herbivore and would have eaten huge amounts of plants. It ate low-lying plants, like ferns and cycads, with its leaf-shaped teeth. 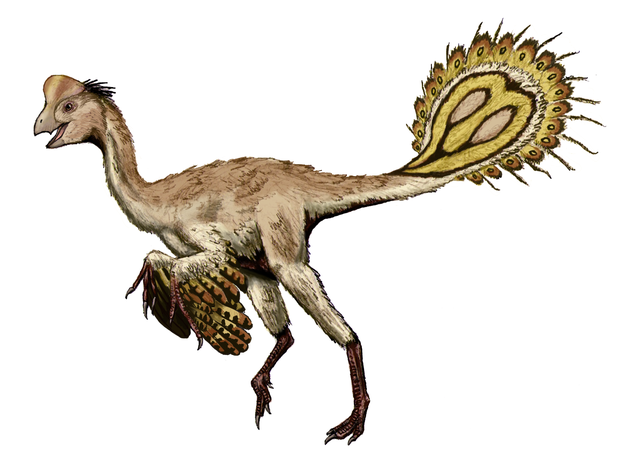 Nomingia (no-MIN-gee-ah) was an oviraptorosaurian theropod dinosaur who lived in the Maastrichtian era during the Late Cretaceous period, around 70 – 65 million years ago years ago in the woodlands of Mongolia, China in Asia. Relatives of Nomingia include Caudipteryx, Oviraptor and Protarchaeopteryx.

Nomingia measured 5 feet (1.6 metres) in length, its weight is unknown. It had long legs with clawed feet and claws on its hands, a beak and was covered in feathers. Nomingia took its birdlike attributes one step further than most other dinosaurs, as it is the only dinosaur that has yet been discovered to have been equipped with a pygostyle which is a fused structure on the end of its tail, a structure all birds have. This is the type of bone that birds have so their tail feathers can attach to their bodies. These pygostyles are used for displaying and attracting mates.

Nomingia was an omnivore and ate both meat and plants. 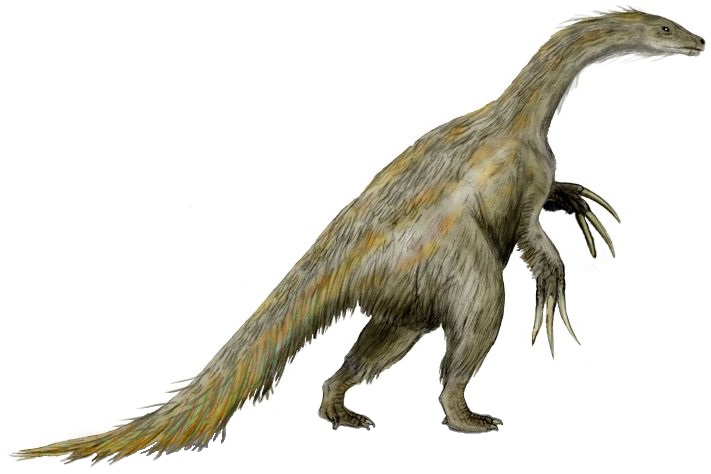 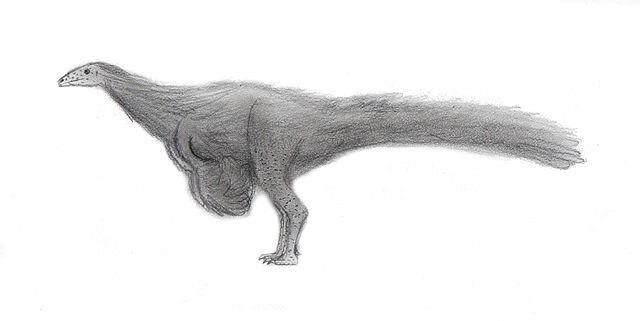 IJReid, CC BY 4.0, via Wikimedia Commons