On this page you’ll discover some incredible dinosaur names beginning with the letter Z. This includes, Zalmoxes, Zephyrosaurus and Zuniceratops.

Our favourite dinosaur beginning with the letter Z is Zuniceratops. Why? Because we really like its frill

We update this list of dinosaur names beginning with Z frequently, so be sure to check back often to see what other amazing dinosaurs we’ve added below. 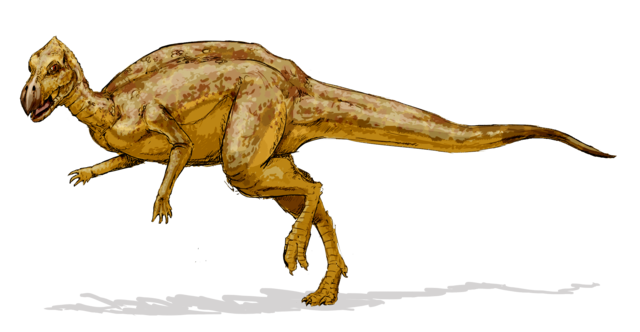 Zalmoxes (zal-moks-eez) was a genus of dinosaur that lived in the Maastrichtian age, during the Late Cretaceous period, 70 – 65 million years ago, in Hunedoara, Romania. At present, not much is known about Zalmoxes, a situation that should change as its remains are subjected to further analysis.

Zalmoxes measured 13 feet (4 metres). It had a narrow beak and a slightly pointed skull. It was a bipedal dinosaur and moved on 2 strong hind legs. Its fore limbs were short and probably clawed. Its tail was long and pointed and may have helped Zalmoxes to counter-balance.

Zalmoxes was a herbivore and ate prehistoric plant material. 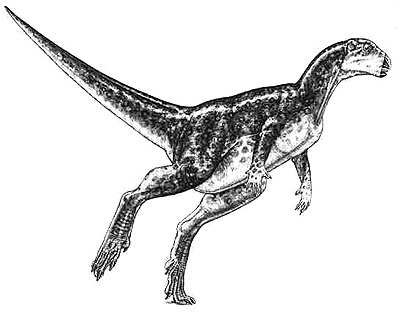 Zephyrosaurus (ZEF-eye-roh-SAWR-us) was a genus of hypsilophodon ornithopod dinosaur that lived in the Aptian – Albian ages, during the Lower Cretaceous Period, 119 – 113 million years ago, in Montana, USA.

Zephyrosaurus was a small, swift dinosaur who measured 6 feet (1.8 metres) in length and 3 feet (0.9 metres) in height. It had a small head which contained flat cheek teeth. Zephyrosaurus was a bipedal dinosaur and walked on 2 strong, long hind legs with clawed feet. Its forelimbs were short with clawed hands. Its tail was long and stiff and used as a counter-balance.

Zephyrosaurus had a steep face, a raised crest on the upper jaw, and a larger crest on the cheekbone. Some of the bones may have allowed movement within the skull (cranial kinesis) as well. Like other hypsilophodontids, it had a beak.

Zephyrosaurus was a herbivore and ate prehistoric plant material.

Zuniceratops (ZOO-nee-SAIR-ah-tops), was a Ceratopsian dinosaur lived in the mid- Turonian stage during the Late Cretaceous period, 93 – 89 million years ago, in New Mexico, USA. It lived earlier than the more familiar horned Ceratopsidae and provides an important window on their ancestry.

Zuniceratops measured 11 feet (3.5 metres) in length, 3 feet (1 metre) tall at the hips and weighed around 150 kilograms (250 pounds). Zuniceratops is the earliest known ceratopsian to have eyebrow horns. The horns are thought to have grown much larger with age. It had a medium-sized frill extending from the back of its skull and a beak like snout with a small nasal horn.

The frill behind its head was fenestrated (had openings) but lacking epoccipitals (bones found lining the frills). Zuniceratops was a quadrupedal dinosaur and moved around on its 4 strong, thick-set legs. It had a long pointed tail

Zuniceratops was a herbivore like other ceratopsians and was probably a herd dinosaur.